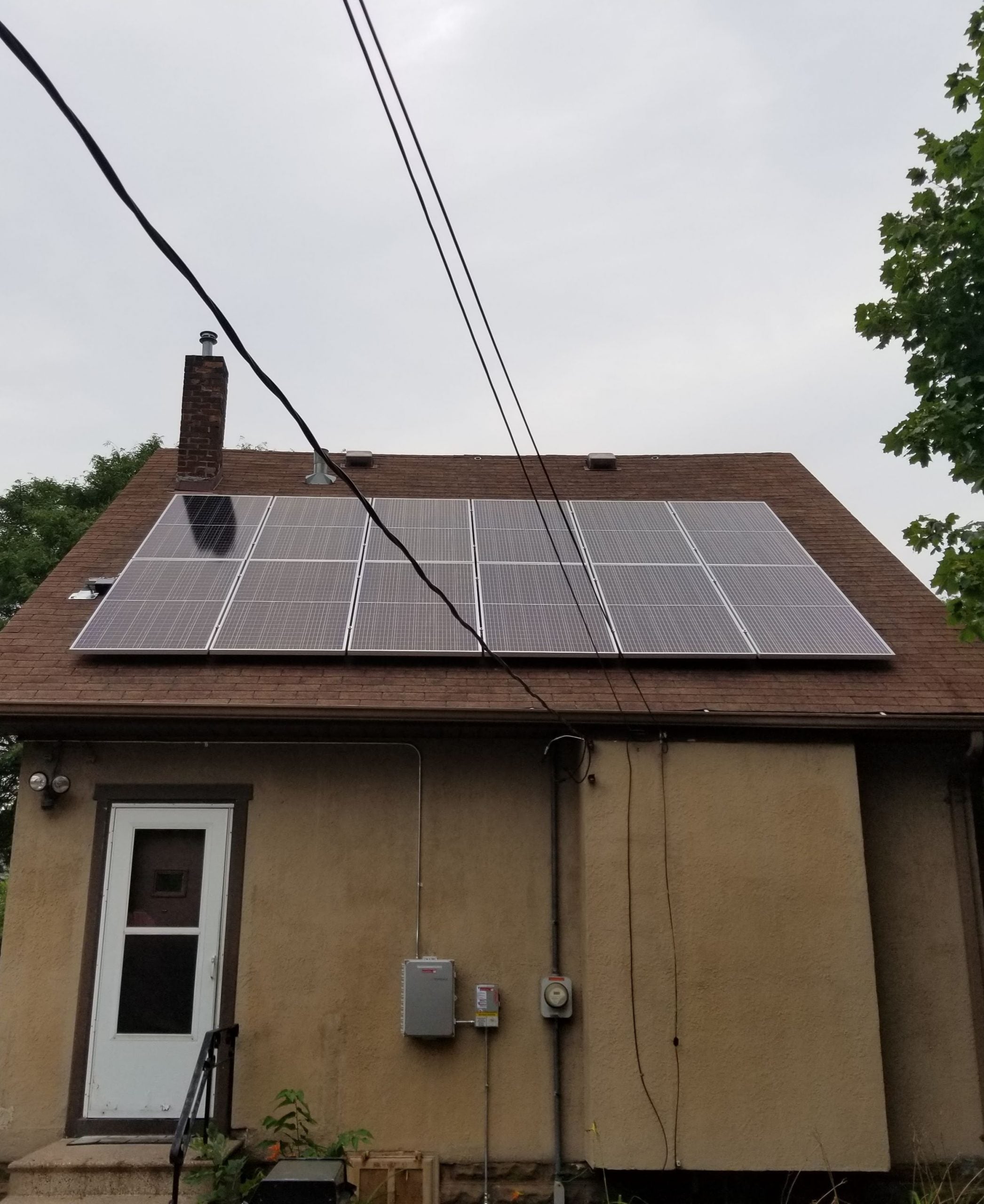 I am a geographer at the University of Minnesota and a fan of renewable energy. I have been concerned about climate change since well before I saw Al Gore’s “An Inconvenient Truth” in the theater with several colleagues from the EPA, where I worked in the early 2000s. I have become even more concerned since having children, and have been deeply involved with a local Transition Movement initiative (https://www.transitionasap.org/) and Creation Justice work through my church (https://www.spucconsummit.org/earthwise-creation-justice). When students from the GIS program launched their Minnesota Solar Suitability Analysis, I took notice. The project provides images showing the solar potential of exact locations throughout the state. I looked up my home address, expecting good news about our roof in the Hamline-Midway neighborhood. Sure enough, our steep, south-facing, almost shade-free roof stood out as a bright yellow patch, like a beacon announcing “put solar here!”

We sat on the idea for a while, weighing the investment of time and money needed to move forward. When I saw an article in the Midway Monitor about Solar United Neighbors (SUN) in February 2021, it seemed worth investigating. Considering the group discount, not having to request and evaluate multiple bids on our own, and the support of SUN’s national and local organizers, joining the co-op seemed like a great idea.

What was the process like for you? Did anything surprise you, or were there challenges you had to overcome?

We joined in late February 2021, just before the selection committee chose Solar Farm LLC as the group’s installer. Solar Farm conducted a site assessment at our home in late March, confirming that our roof was practically ideal for solar, and we received their proposal a couple of weeks later.

The process hit a bump when we learned that our application to Xcel’s Solar Rewards program was denied; it was already full for the year. Through this program, Xcel purchases renewable energy credits from homeowners who install solar arrays. Participants receive an additional annual payment, based on the capacity of their array, for 10 years. The Solar Rewards program covers only a set amount of solar capacity each year, and in 2021 it filled up faster than ever. Still, we decided that, for us, the financial and ecological benefits of getting our installation up and running sooner outweighed the loss of the payments, and we signed our contract in early May.

Our installation in July was quick and unobtrusive. In about 10 hours over two days, a crew installed the rail mounts to hold the panels. The panels were installed in a single day about a week later, and final wiring and connections were completed in a couple of hours some time later.

As anyone who has installed solar in Minnesota recently will tell you, the most bothersome part of the process was waiting, and waiting, for Xcel to review and approve the interconnection agreement. We finally cleared that last hurdle with an Xcel witness test in mid-October. At that point, we were able to turn our system on and start producing energy!

Have any of your habits changed since going solar?

Not yet, but we plan to replace our gas stove with an induction one, and are considering installing a heat pump system.

Have you seen electricity savings since going solar? If so, what have you been able to do with that savings?

Our electric bills have gone down dramatically. So far, that hasn’t been very obvious in our monthly bill cycle though. Our utility company handles both gas and electric and they both appear on the same bill. Since we turned on our panels in October, the winter months have brought less sunlight and, since we still have a gas boiler, high heating costs. We’re looking forward to more sunlight and warmer weather to see a real difference!

I have shared my solar story through Transition Town All St. Anthony Park (including the Park Bugle article), with my University colleagues, and through my church. I also think our installation and conversations with my next door neighbor helped move up their timeline by a year or so. (He works for a solar installer, so they were obviously going solar sooner or later, but may not have done so last fall if we hadn’t nudged them.)

All in all, the process of working with SUN and Solar Farm LLC went smoothly and required minimal work on our part. I would recommend a solar co-op as an option worth considering to anyone planning to install solar for a home or small business.

Tracy’s responses are excerpted/adapted from an article she wrote for the Park Bugle, the neighborhood newspaper of the St. Anthony Park neighborhood of St. Paul, MN. 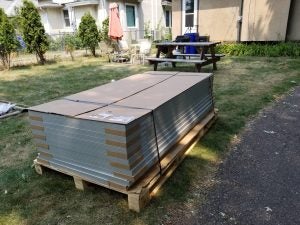 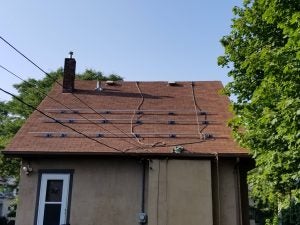