How do solar systems work?
Solar panels are made up of photovoltaic (PV) cells made of silicon. When the sun’s rays hit them, these cells convert sunlight to electricity. Individual cells are wired together to form a solar panel. Panels are typically three feet by five feet. They are coated in tempered glass, which allows them to withstand harsh weather. 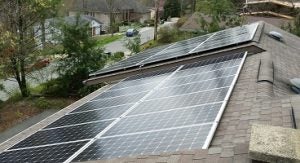 The electricity produced by a single solar panel is not enough to power a home or business, so multiple solar panels are needed. The number of panels varies by installation, but every solar system (also called an “array”) will include a series of panels mounted and wired together. This array may be installed on a roof (“rooftop solar”) or on the ground-level (“ground-mounted solar”).

A central inverter receives all of the electrical output of your entire solar system and converts it from DC to AC at a single, central location. A single central inverter is required for a solar system. It is often mounted on the side of your home or building next to your electric meter. Central inverters are steadfast and affordable, but they are susceptible to variations in panel performance. If one panel is shaded and produces less electricity than the others, the total electrical output will drop. 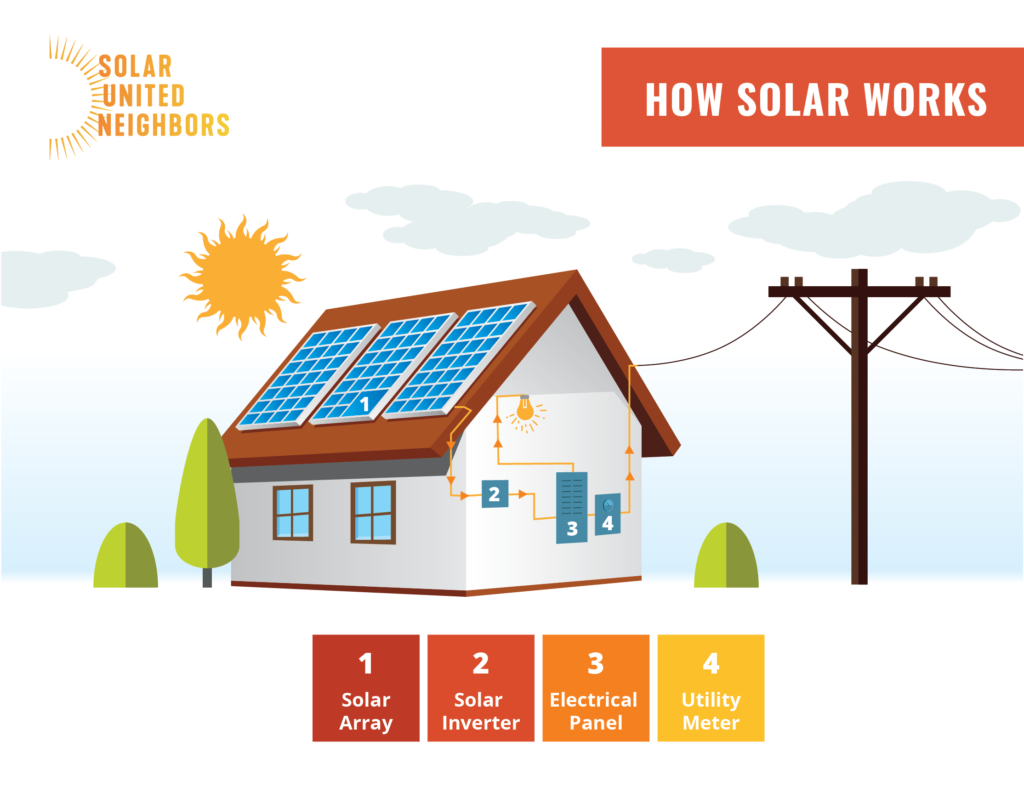