< Back to volunteer page 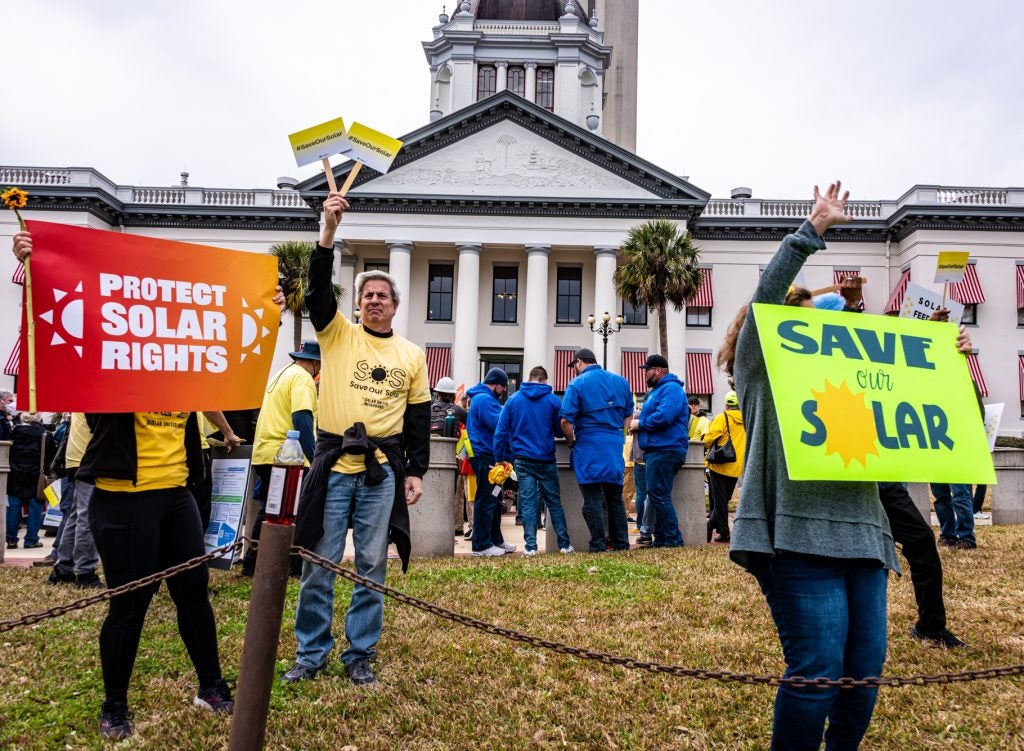 Utilities in Florida and around the nation are relentlessly trying to eliminate net metering for solar customers. Their goal is to limit the growth of rooftop solar and to maintain their monopoly by taking complete control of all solar energy sources. Ending net metering would strand millions of dollars invested in solar energy and discourage further solar growth and development in the Sunshine State. Floridians overwhelmingly support net metering because it benefits everyone. Don’t let monopoly utilities take our energy freedom.

What has happened so far?

Tallahassee lawmakers by overwhelming margins passed  HB 741 and SB 1024 during the 2022 Florida Legislative Session that would have eliminated net metering. It was revealed that these anti-net metering bills were written by FPL, the largest monopoly utility in Florida, and introduced by Rep. McClure and Sen. Bradley, who both received FPL campaign donations around the time of the bill introductions. Despite FPL’s political influence over legislators and efforts to undermine democratic elections, a network of solar advocates were able to successfully fight for their energy freedom and WON! Siding with consumers, Governor DeSantis vetoed HB 741 based on the unduly burden of energy bills on everyday Floridians.

We expect this bill to return in the next legislative session and are already building on our successes and lessons learned to have a more robust campaign moving forward. Join us to help protect solar throughout Sunshine State.

What can you do?

Do you have other ideas or need more support?

Reach out to our team at [email protected]