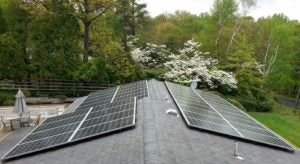 Maryland Governor Larry Hogan vetoed legislation last May intended to raise Maryland’s Renewable Portfolio Standard. The bill would have increased the standard from 20% to 25% by 2020. The bill passed both the House and Senate by comfortable margins. That, combined with the Governor’s earlier signature on a bill to strengthen the state’s greenhouse gas reduction goals, seemed to indicate he would approve the RPS bill as well. Instead, the Governor chose to veto the bill.

The RPS is a critical tool for solar’s growth. It sets prices for Maryland’s market for renewable energy credits (SRECs). SREC prices in Maryland have plummeted from around $100 in the beginning of March down to $20 today. This is due to market anticipation that the supply of credits will exceed the demand specified under the current Renewable Portfolio Standard.

Since May, organizations like the Chesapeake Climate Action Network, the Maryland Climate Coalition, and the Sierra Club have pushed for public support for a veto override. This would take place in January when the Maryland legislature returns to session. Because of the wide margins in initial vote to approve the legislation, a veto override seems likely. But, legislators need to hear from their constituents so they know how important the override is for the continued development of Maryland’s renewable economy. This economy is growing and creating jobs throughout the state.

Effects of the RPS legislation on Solar Renewable Energy Credits

A healthy and stable SREC market is a key underpinning to Maryland’s solar economy. Per SRECTrade, Maryland’s market is likely to maintain a supply of SRECs. The veto override is an important first step to creating a strong, lasting market for Maryland solar.