Homeowners associations (HOAs) set appearance rules for the homes they govern. Many have used this power to restrict homeowners’ ability to go solar 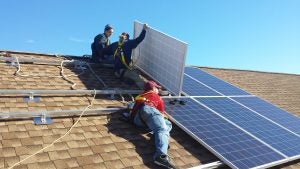 Virginia law protects your ability to go solar. Homeowners associations can only stop you from installing solar if the HOA’s recorded declaration explicitly prohibits solar installations. A recorded declaration is a legal document that lays out the rules of the HOA at its founding.

The law does allow HOAs to establish “reasonable restrictions” for solar installations. These include limits on the size and location of systems, as well as how they are installed. For example, an HOA may prevent you from installing a ground-mount solar array.

What is a reasonable restriction?

We worked with lawmakers to pass legislation to define the limits of a “reasonable restriction”.

The law, passed in 2020, says an HOA-imposed restriction is reasonable if:

Having trouble with your HOA? Post to the Virginia listserv and get advice from fellow solar owners. 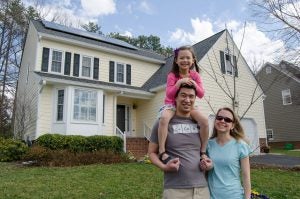