Urge your local elected officials to sign an agreement with Appalachian Power that allows solar to grow in our communities! 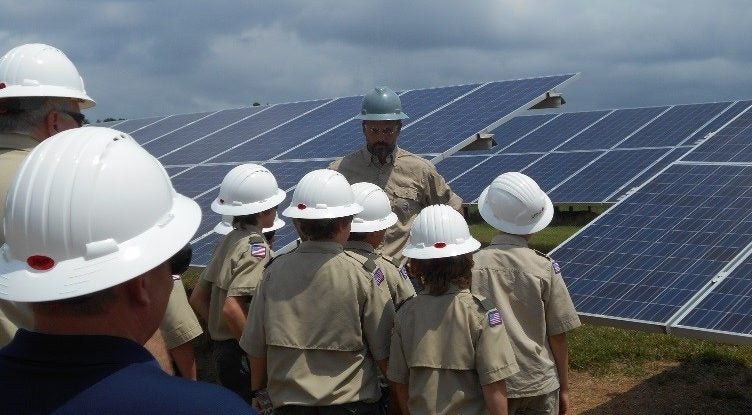 Local governments and schools in Appalachian Power Company (APCO) territory don’t buy power like most customers. They negotiate their electric power contract with the utility. This happens every three years. The current contract imposes unfair limits on solar energy. It is stopping schools and governments from saving money on their utility bills. Schools and local governments are struggling with the current public health crisis. Every dollar counts!

Negotiations for this new contract are happening now. This is our opportunity to tell our local elected officials to secure a better contract. We need one that gives our communities the right to save money and help the environment by using solar energy. Other places in Virginia are going solar. We should too.

What a good negotiation will include:

Installing solar on schools and government buildings saves our communities money from day one! Virginia municipalities that are not subject to APCO’s limits are able to save money with solar. They can then reinvest that into serving the community. For example, Arlington and Middlesex Counties will each save an estimated $4 million over the next 25 years thanks to solar energy. This is why it’s important our local government representatives hear from us.

Use the form at the right to send a message to your local elected leaders. Feel free to personalize your message to tell them you want more solar in your community.