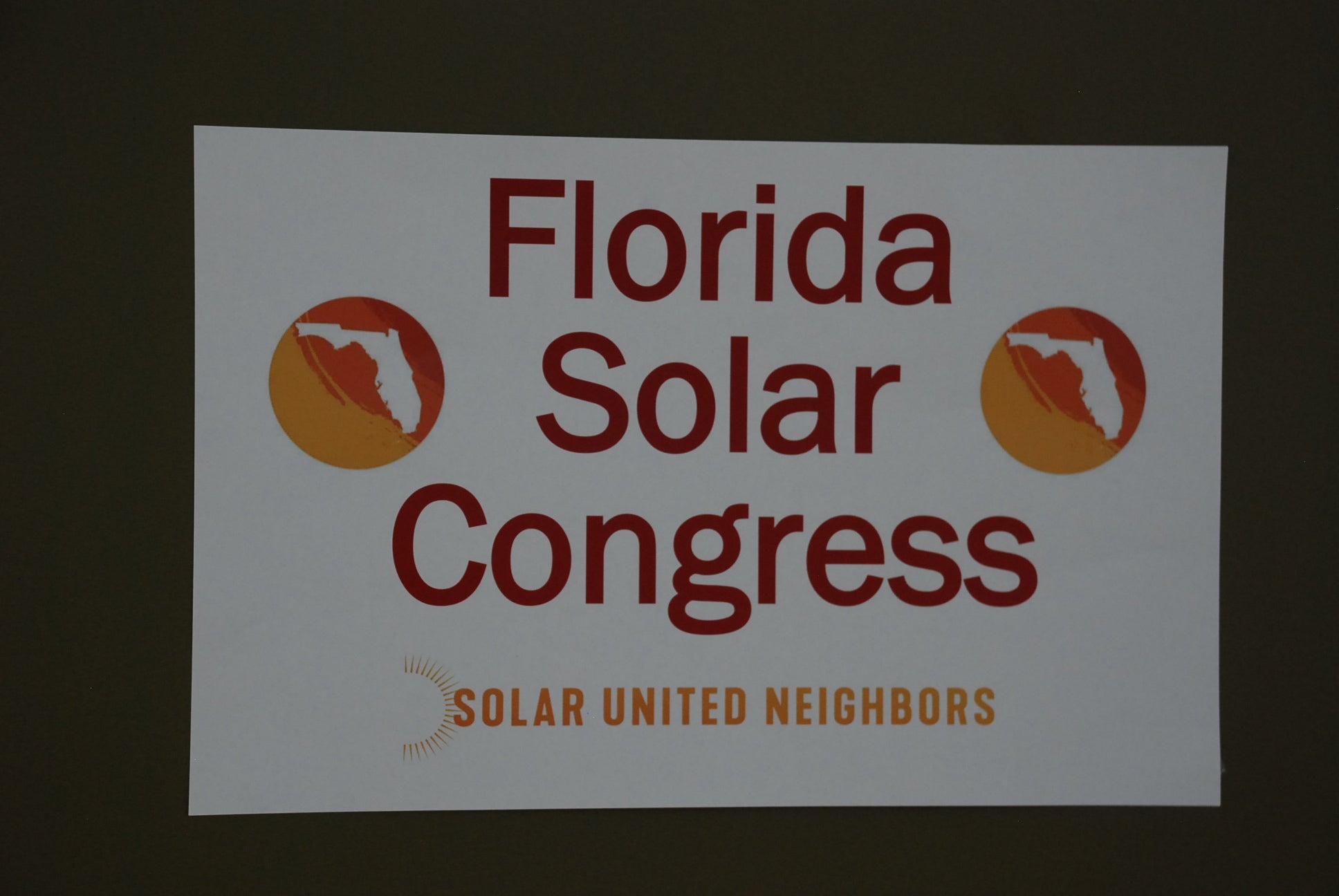 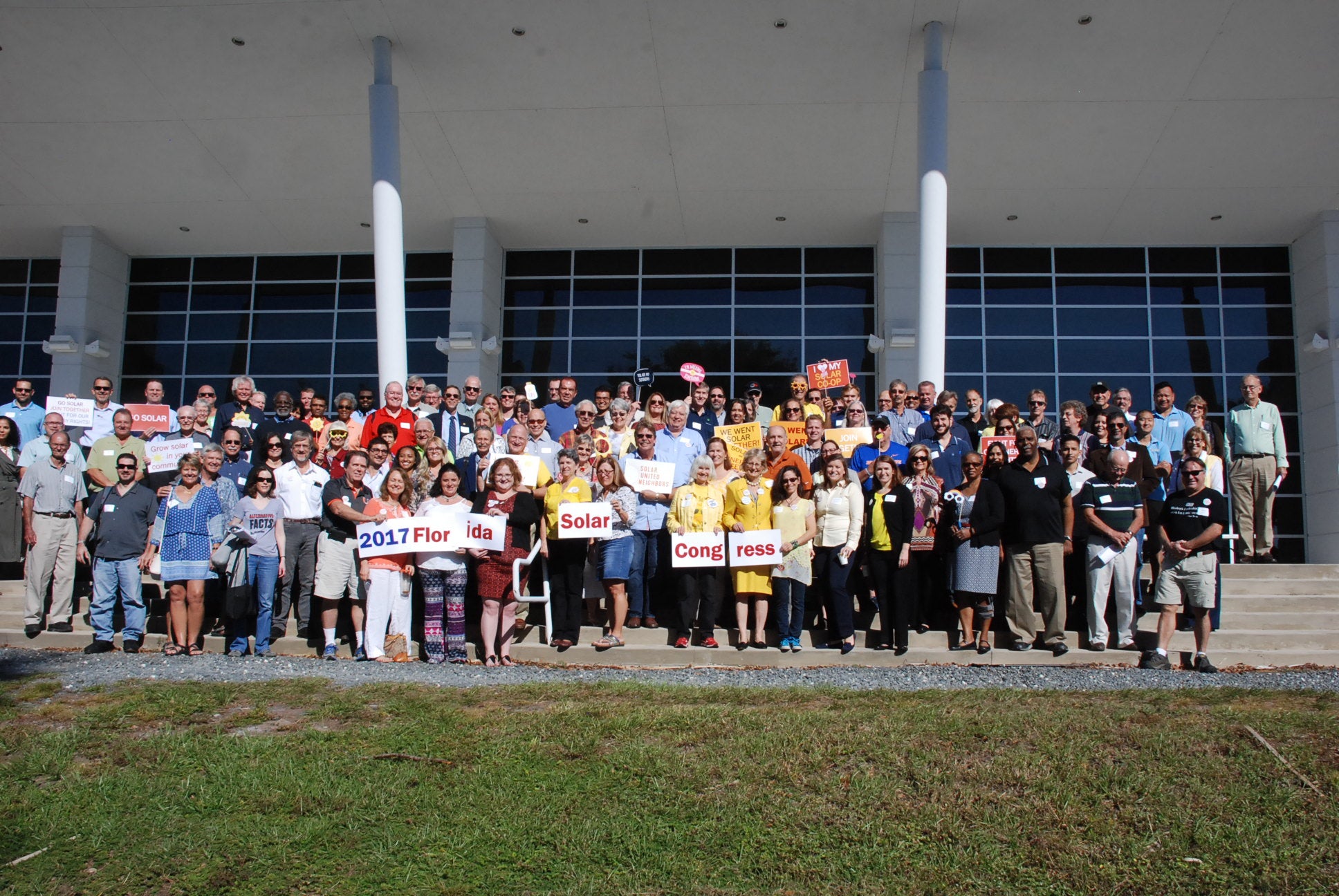 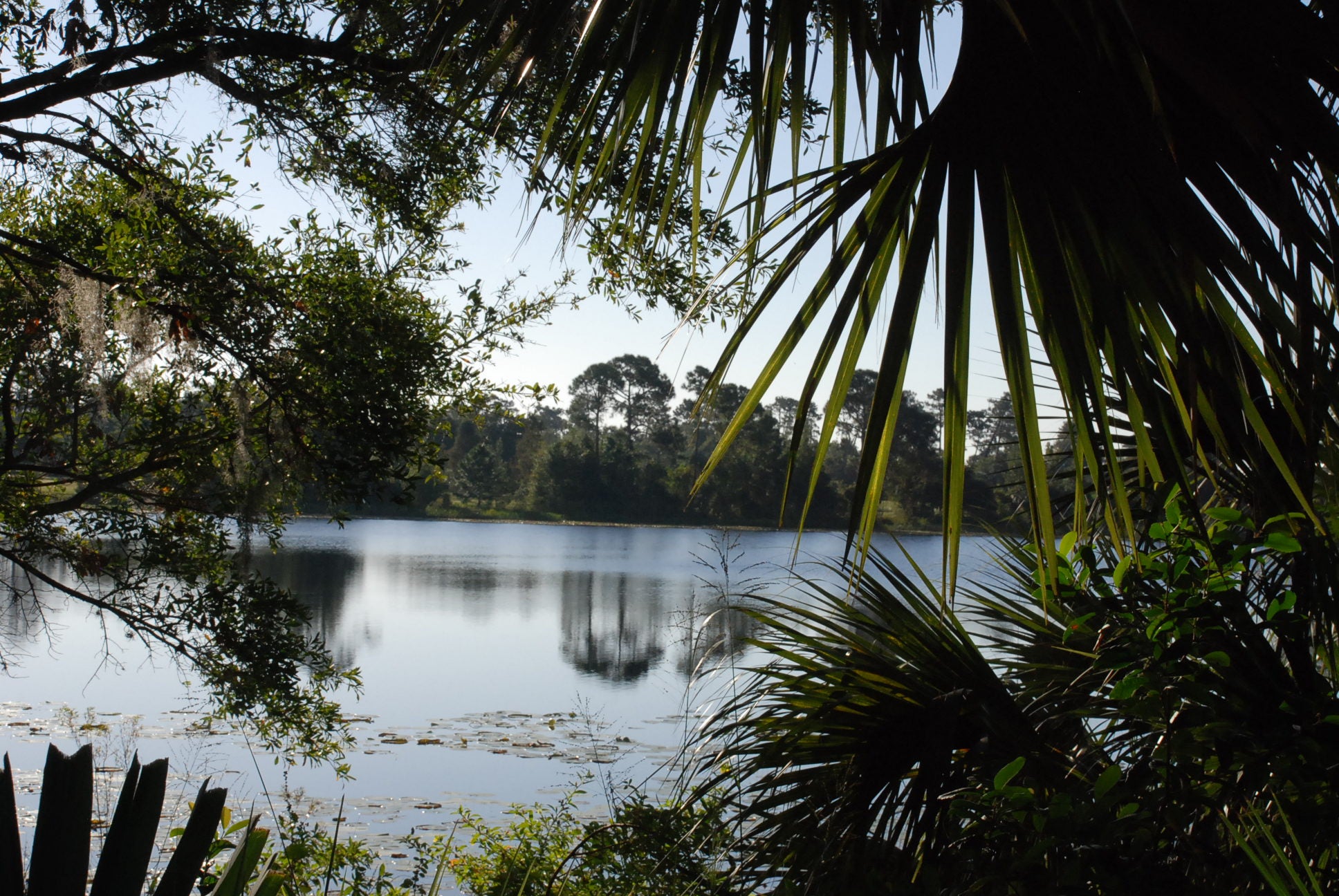 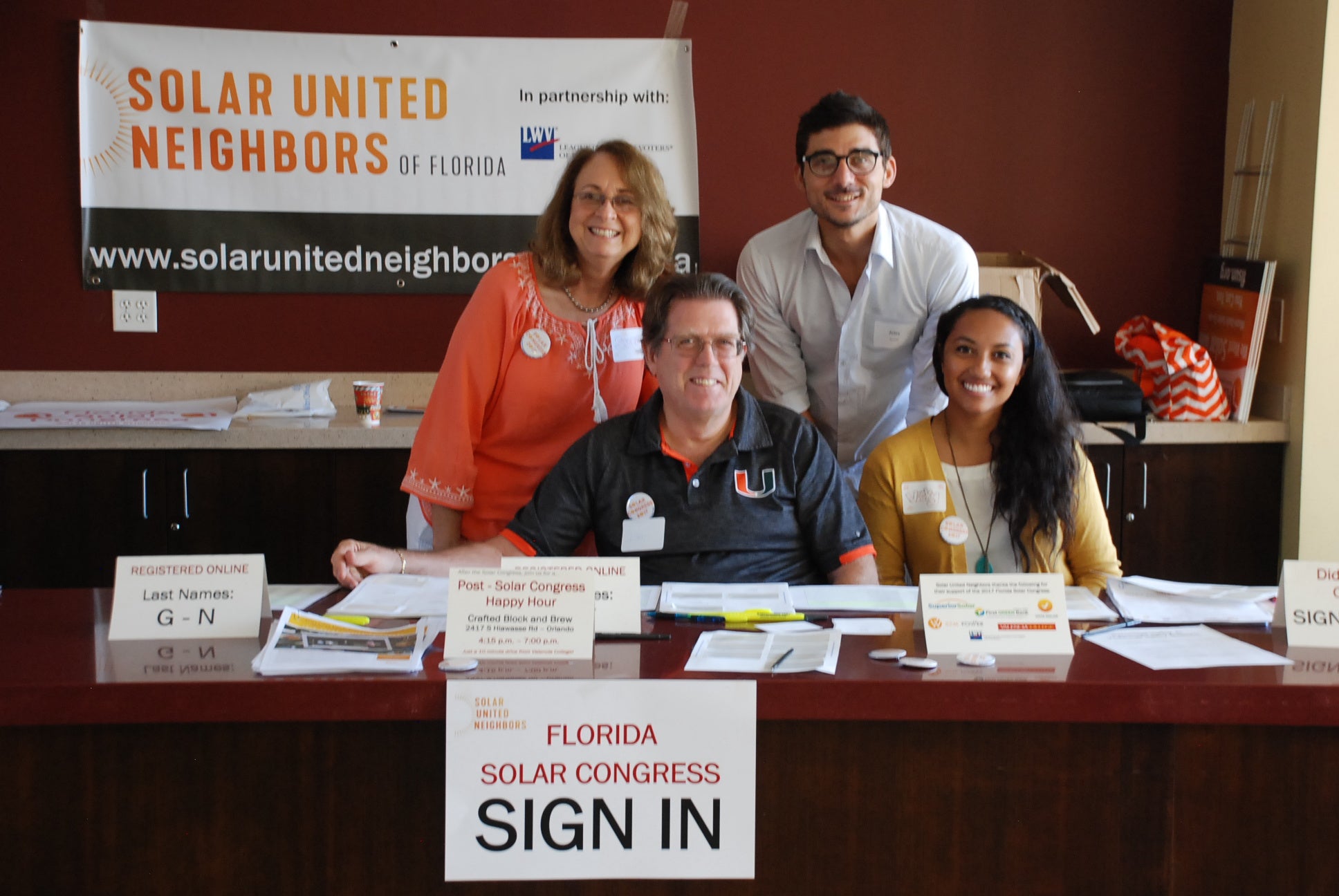 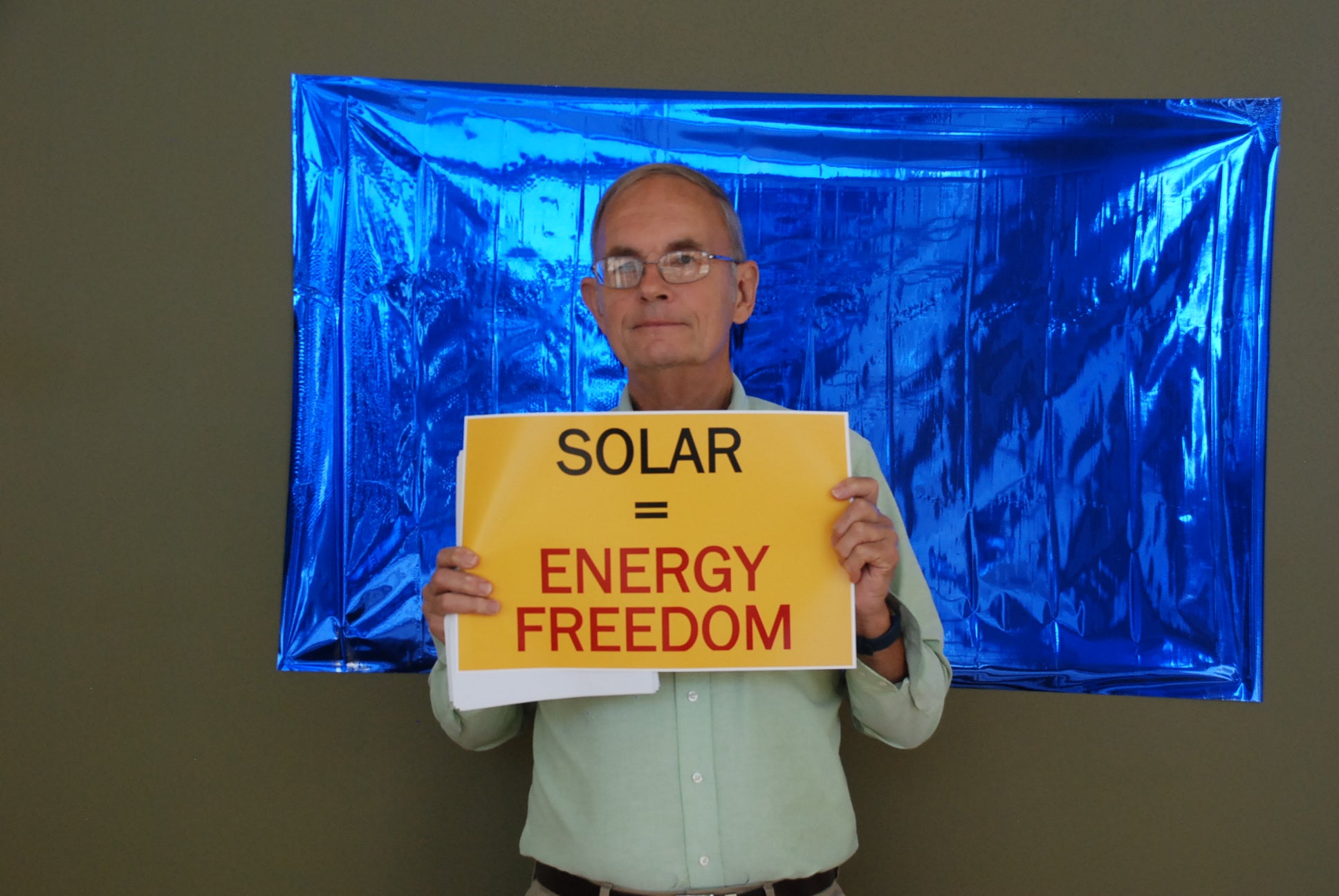 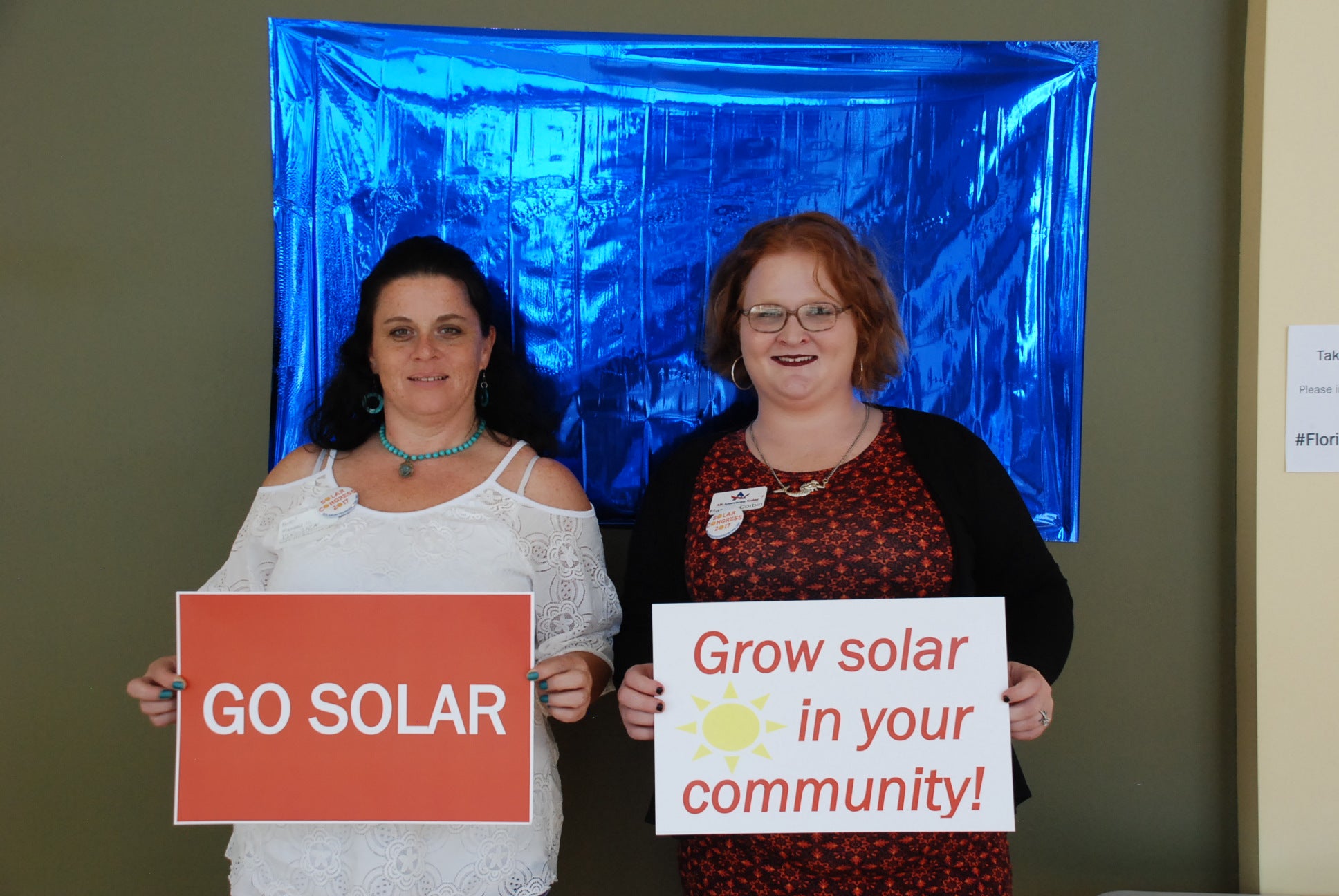 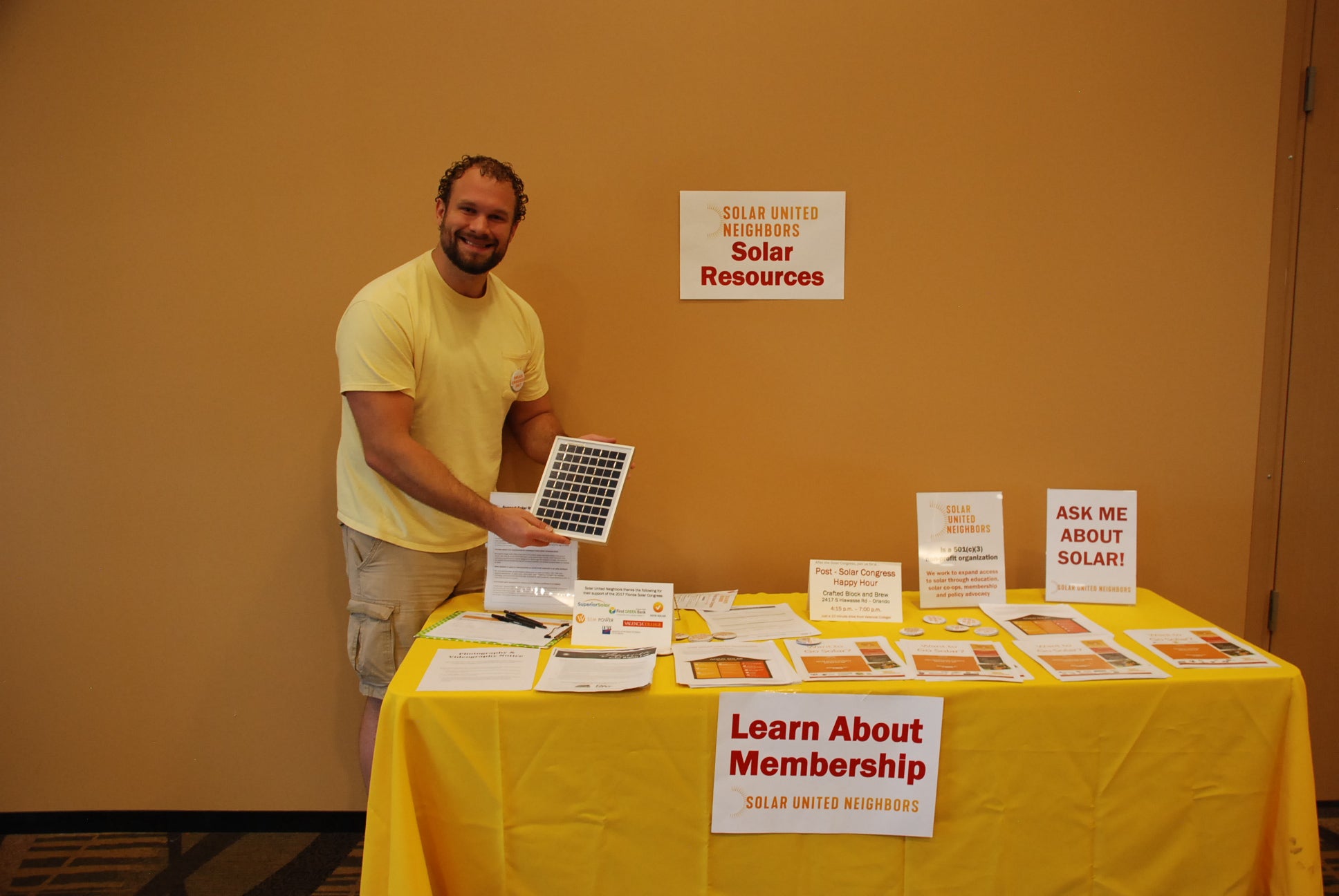 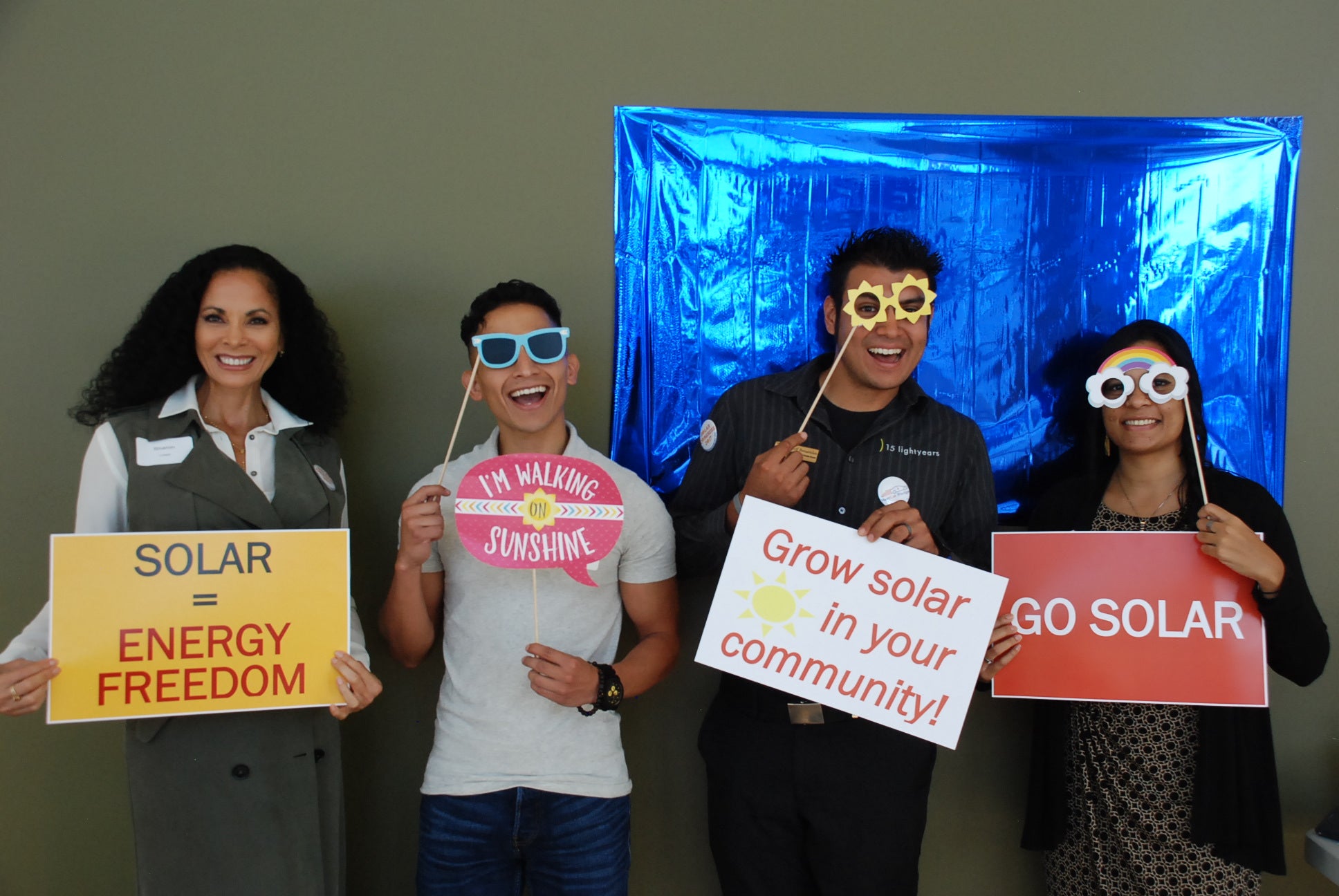 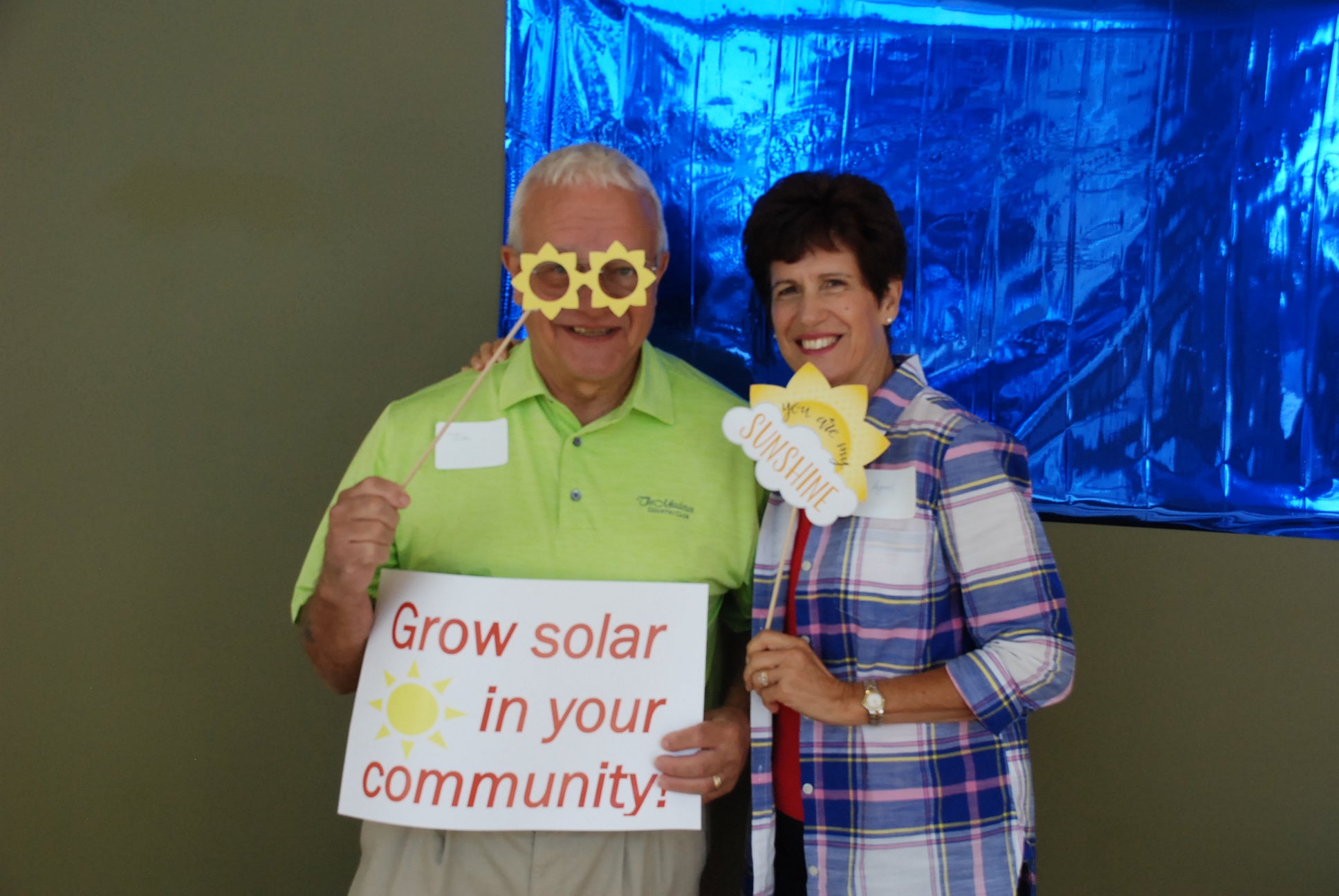 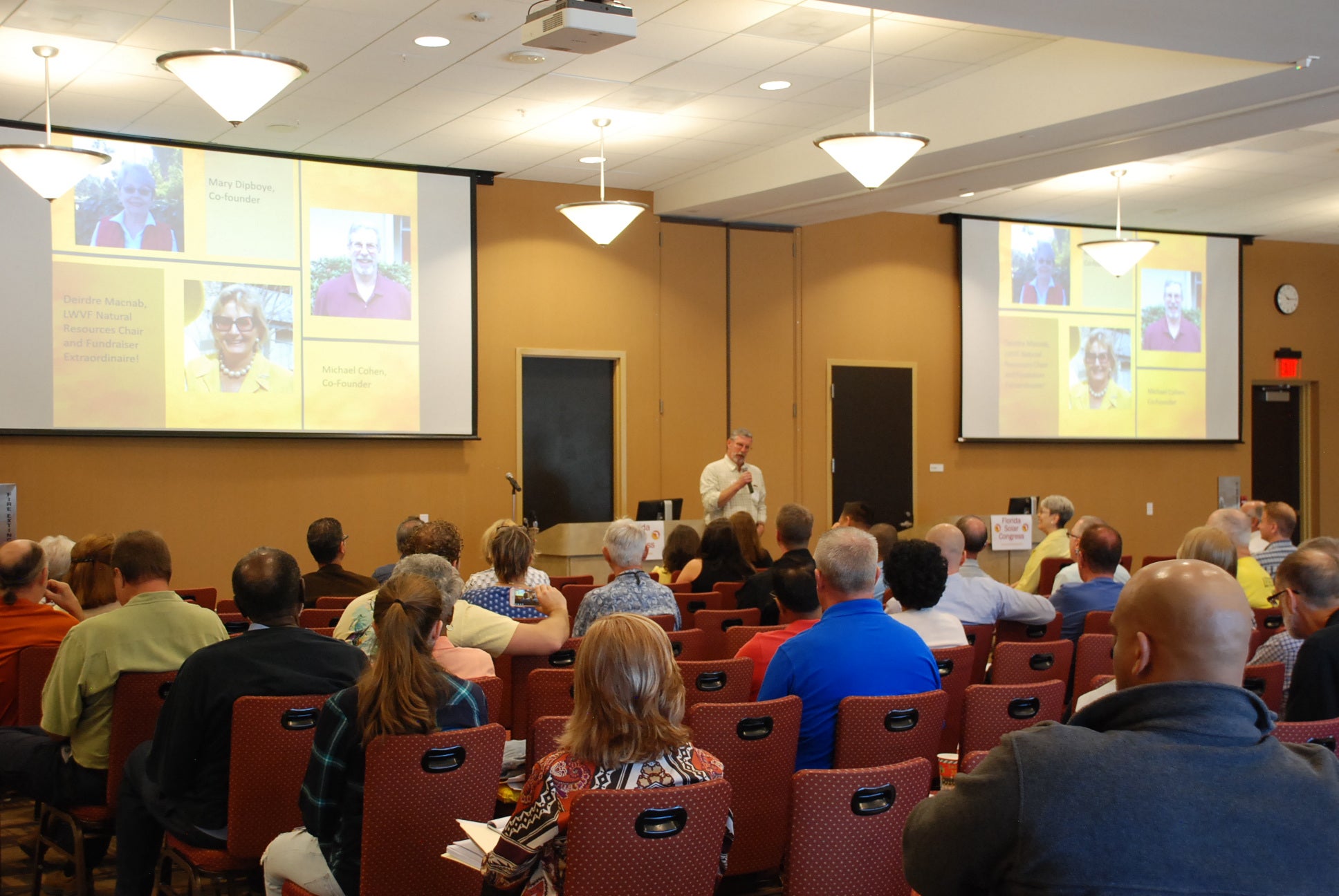 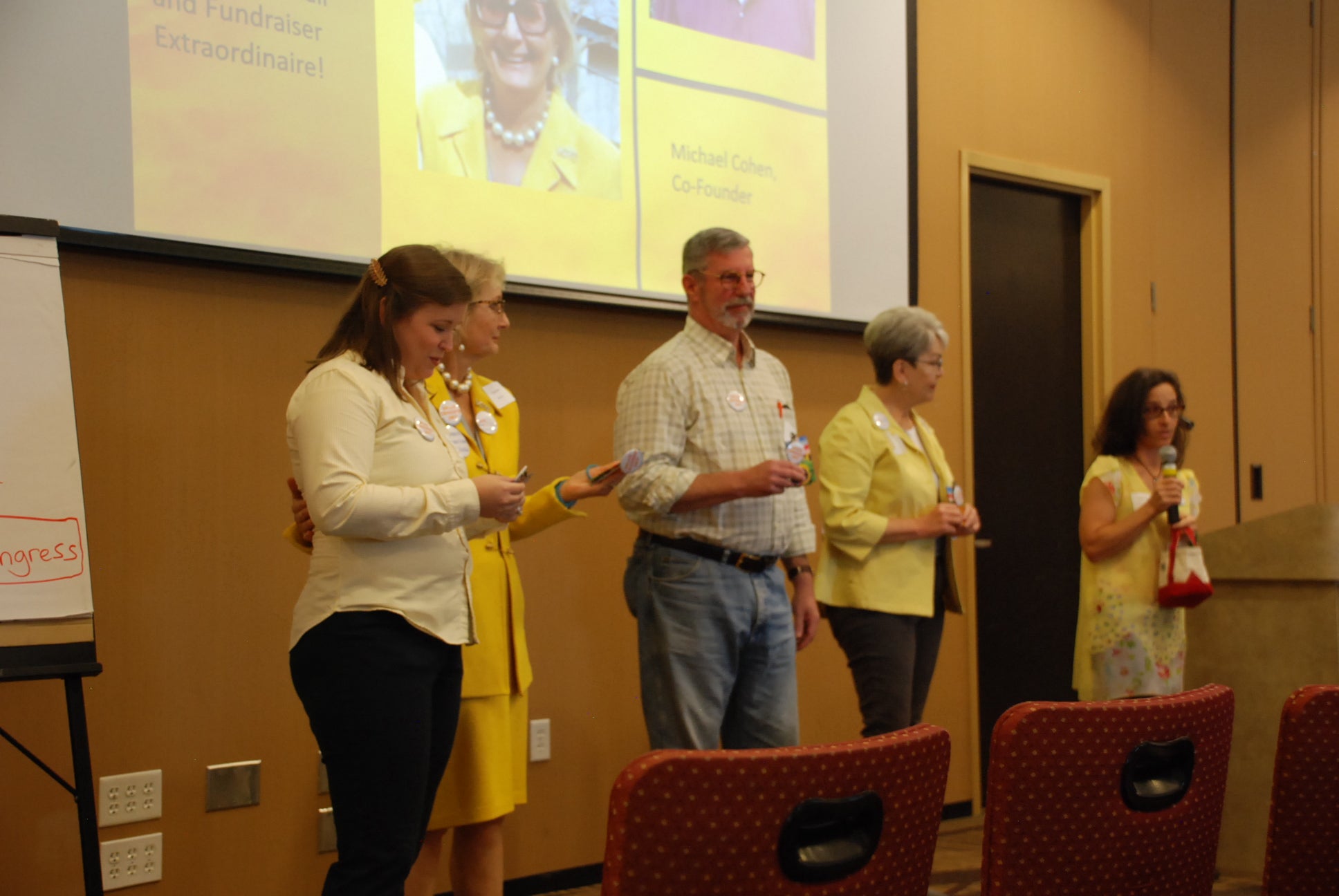 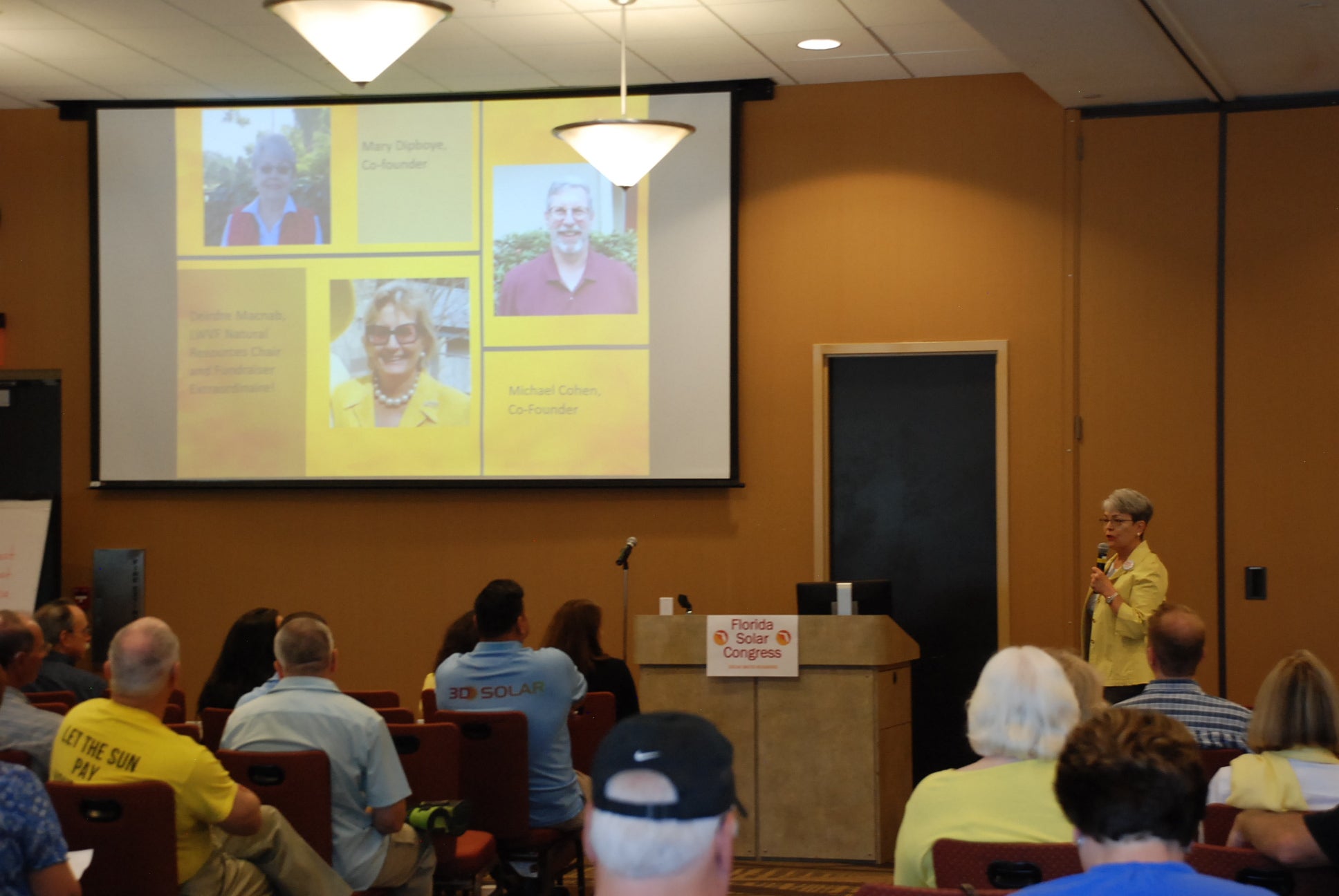 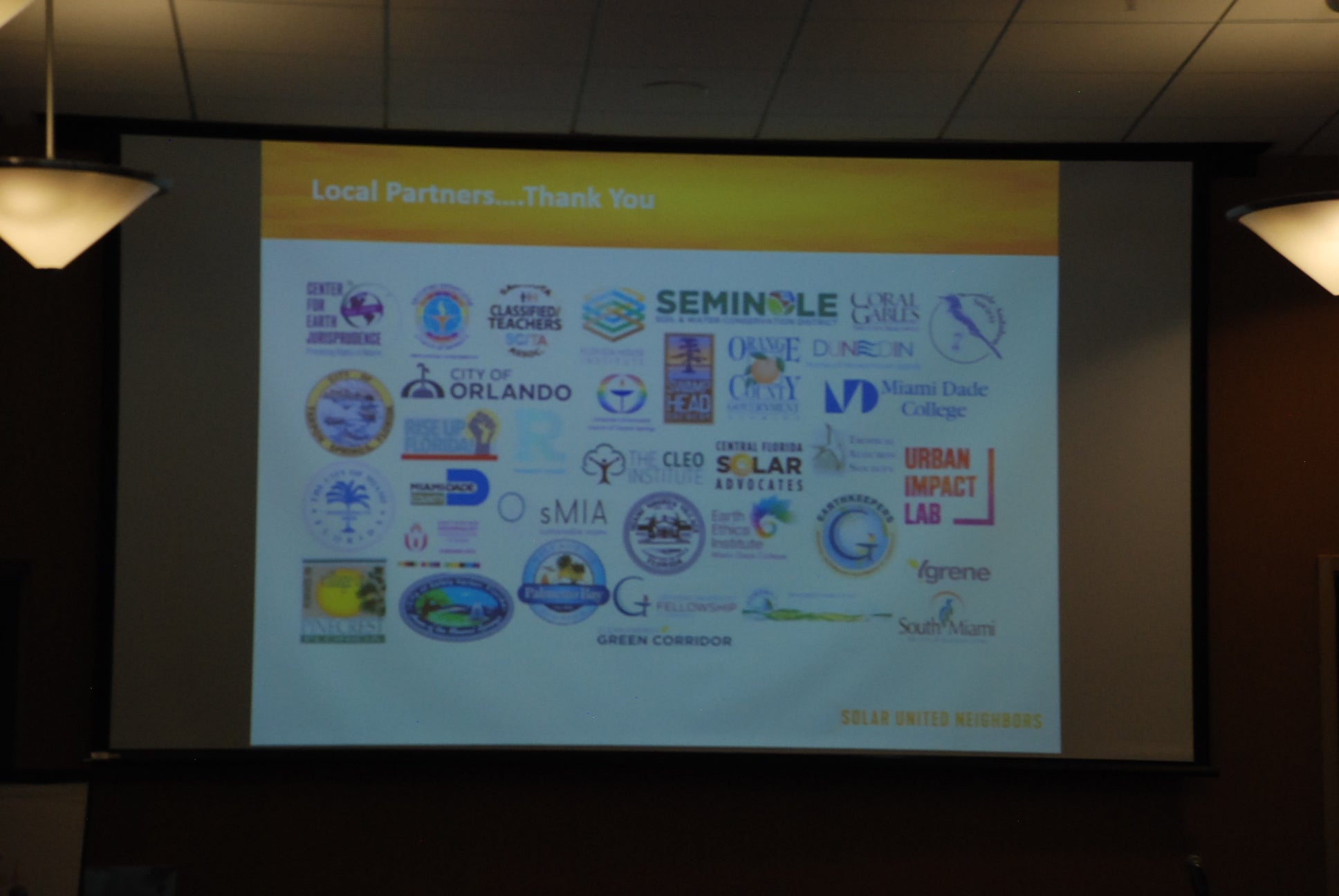 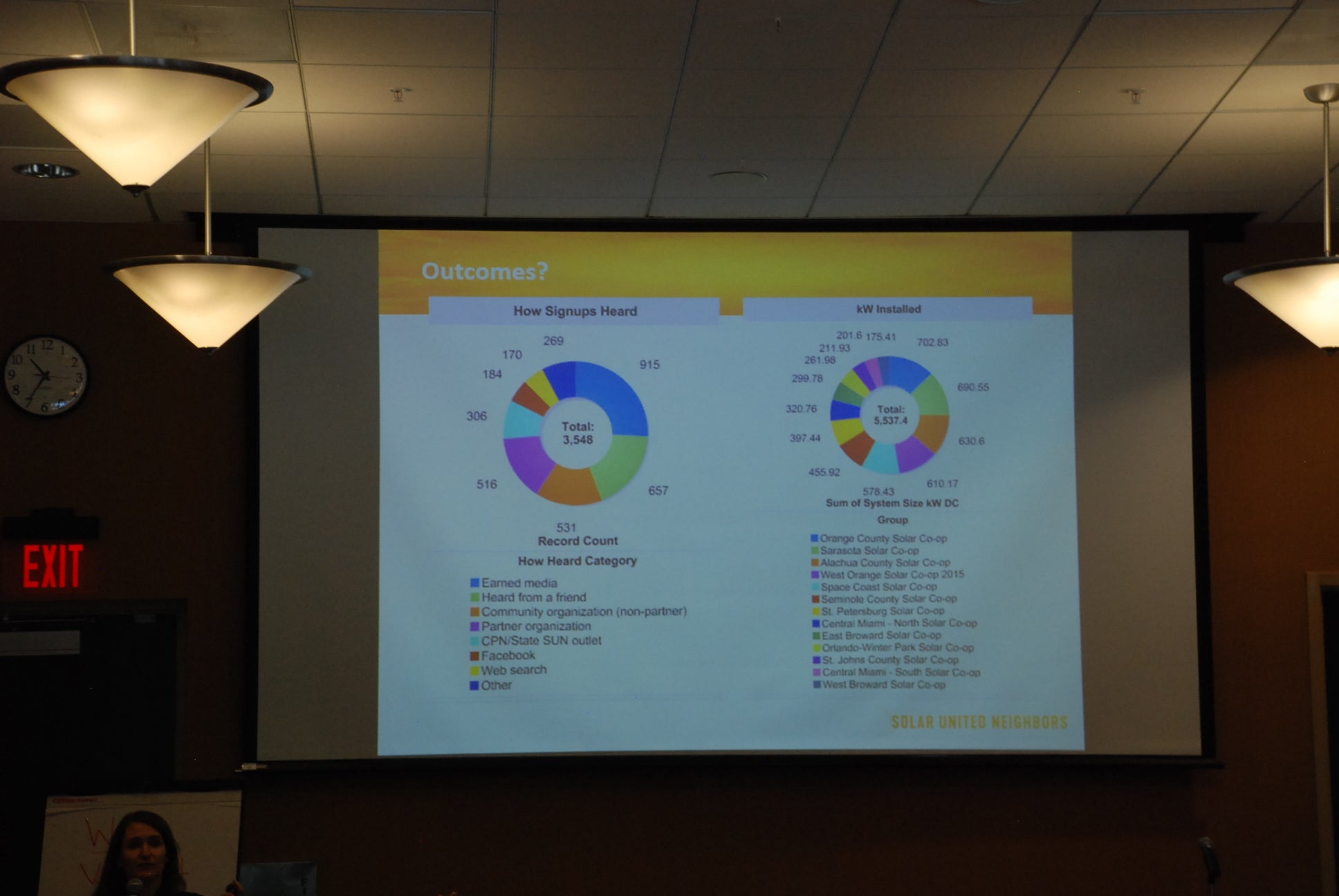 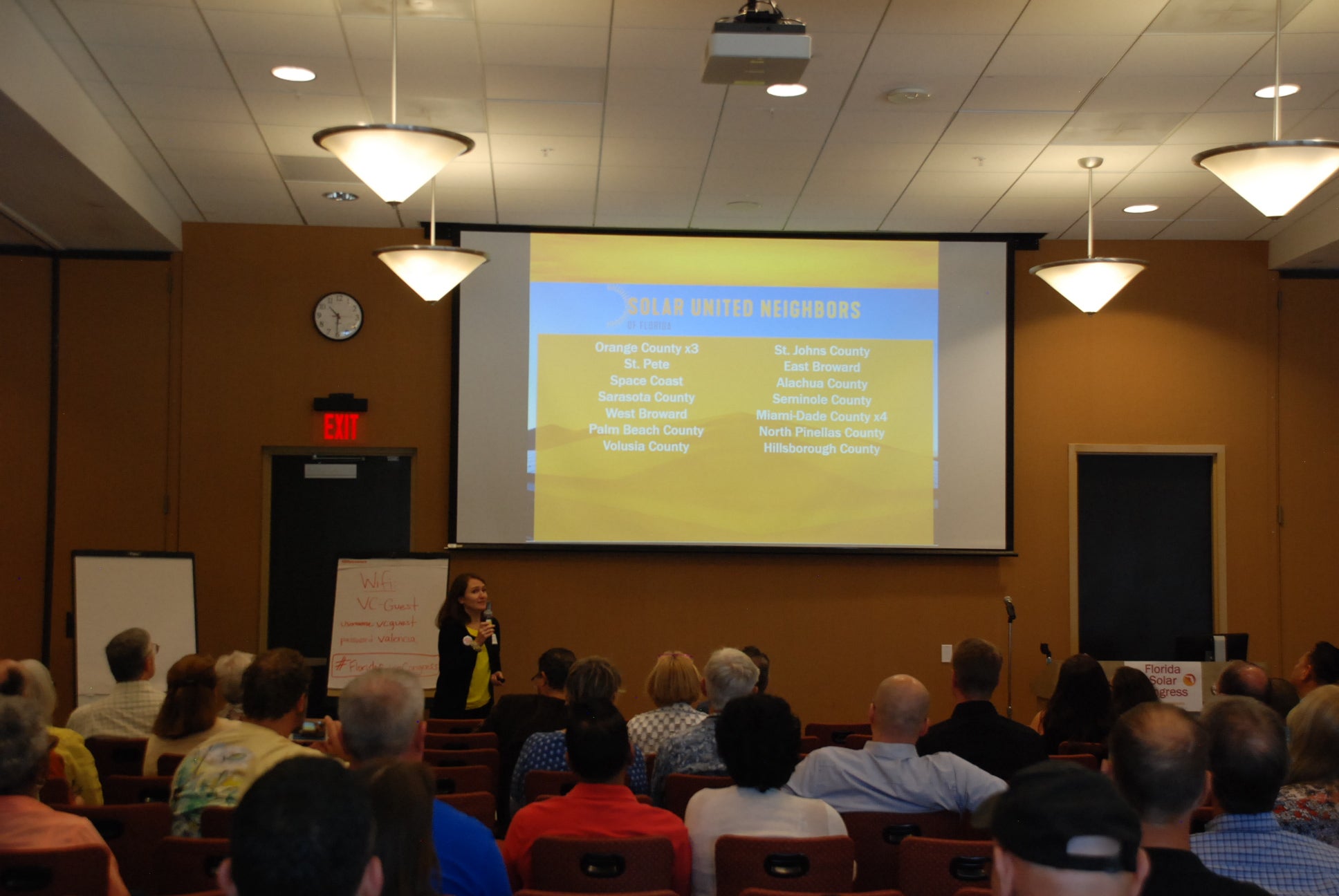 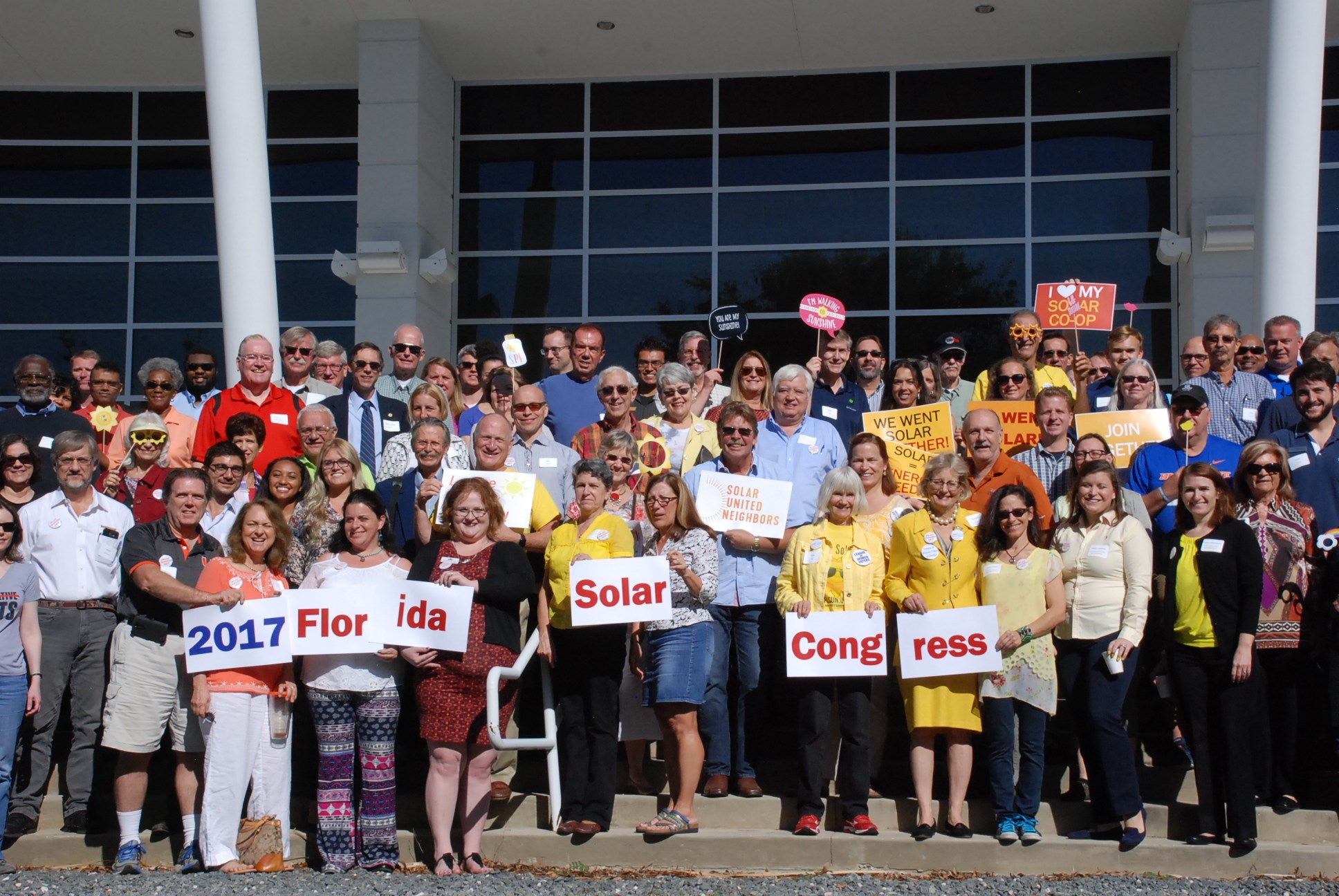 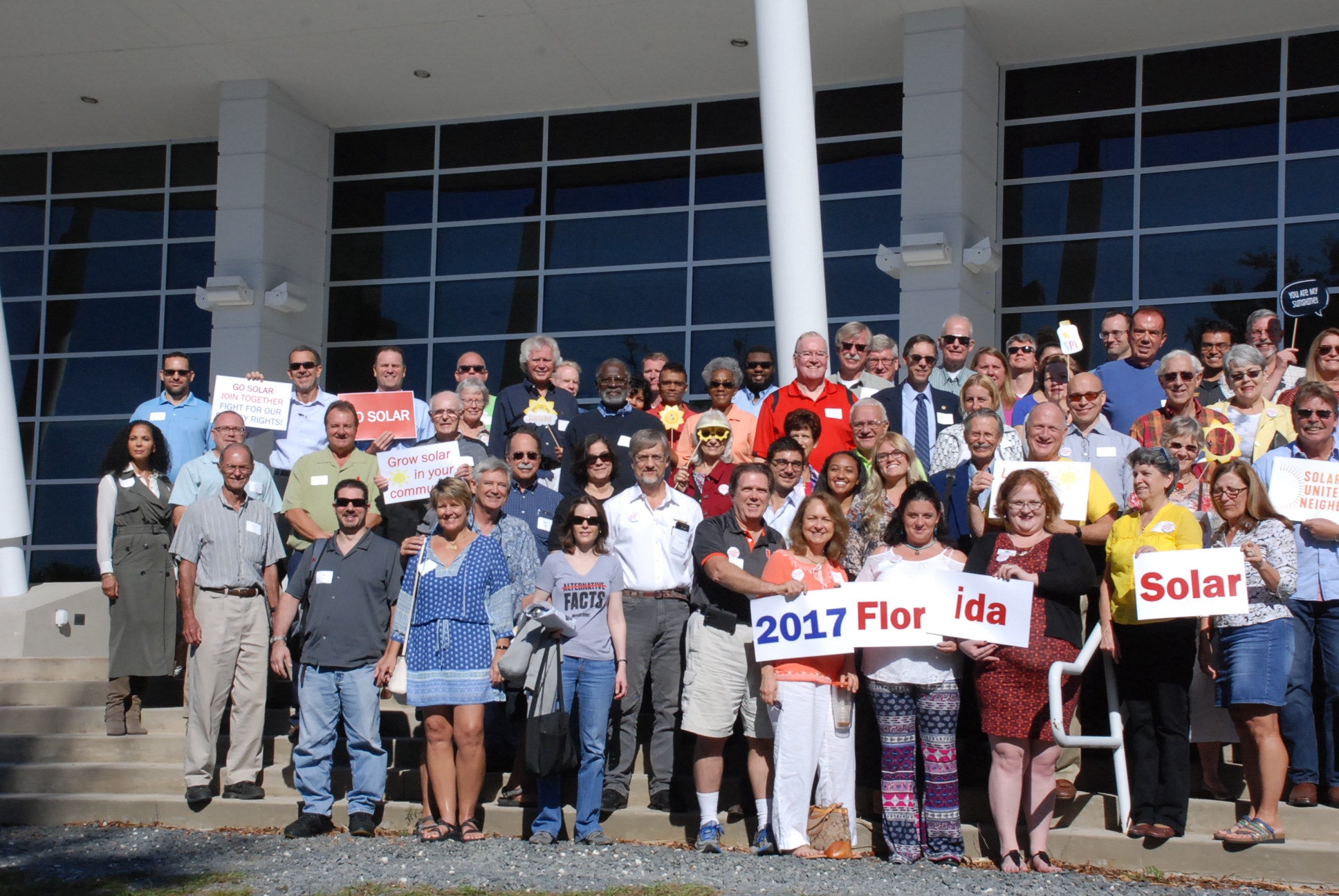 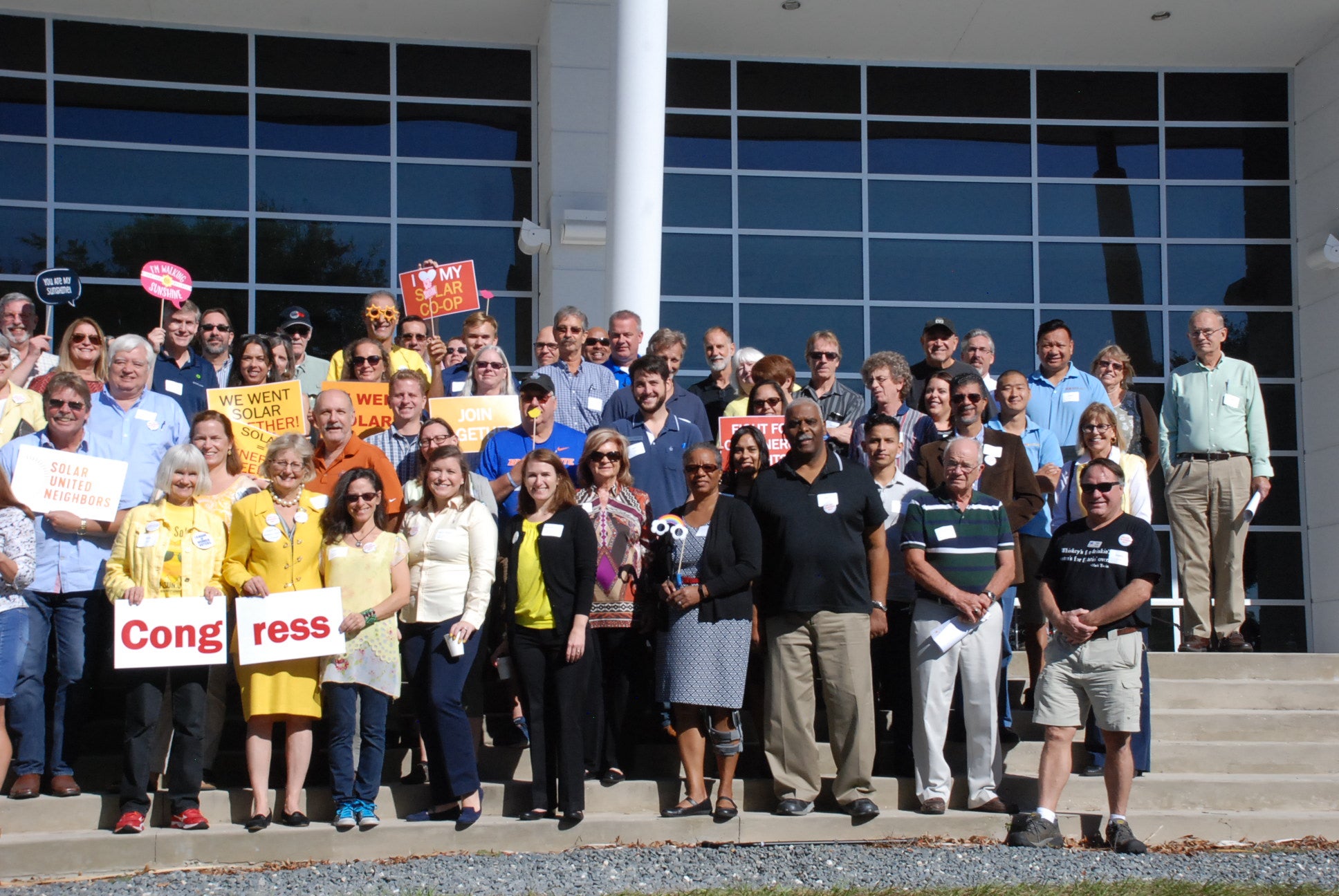 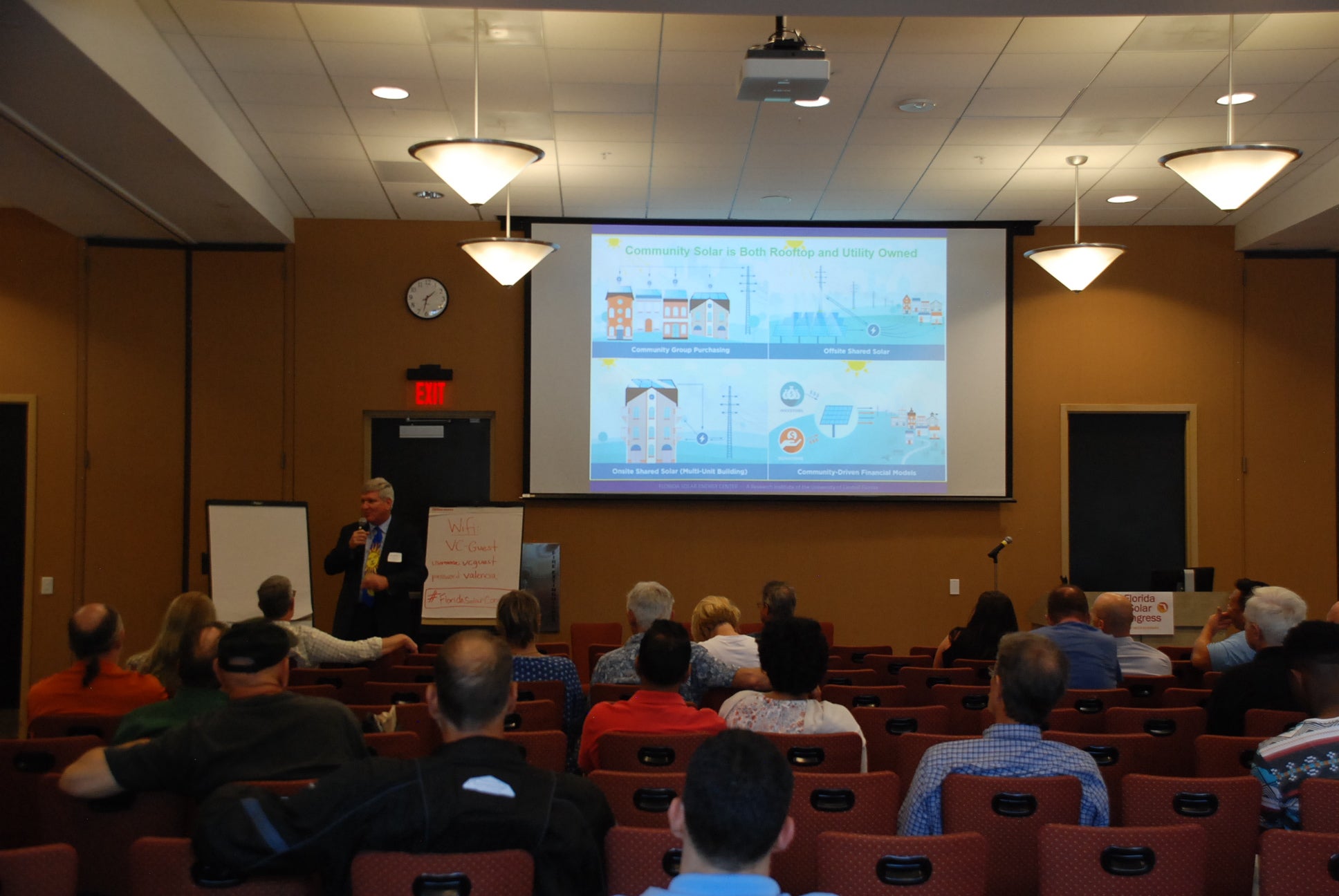 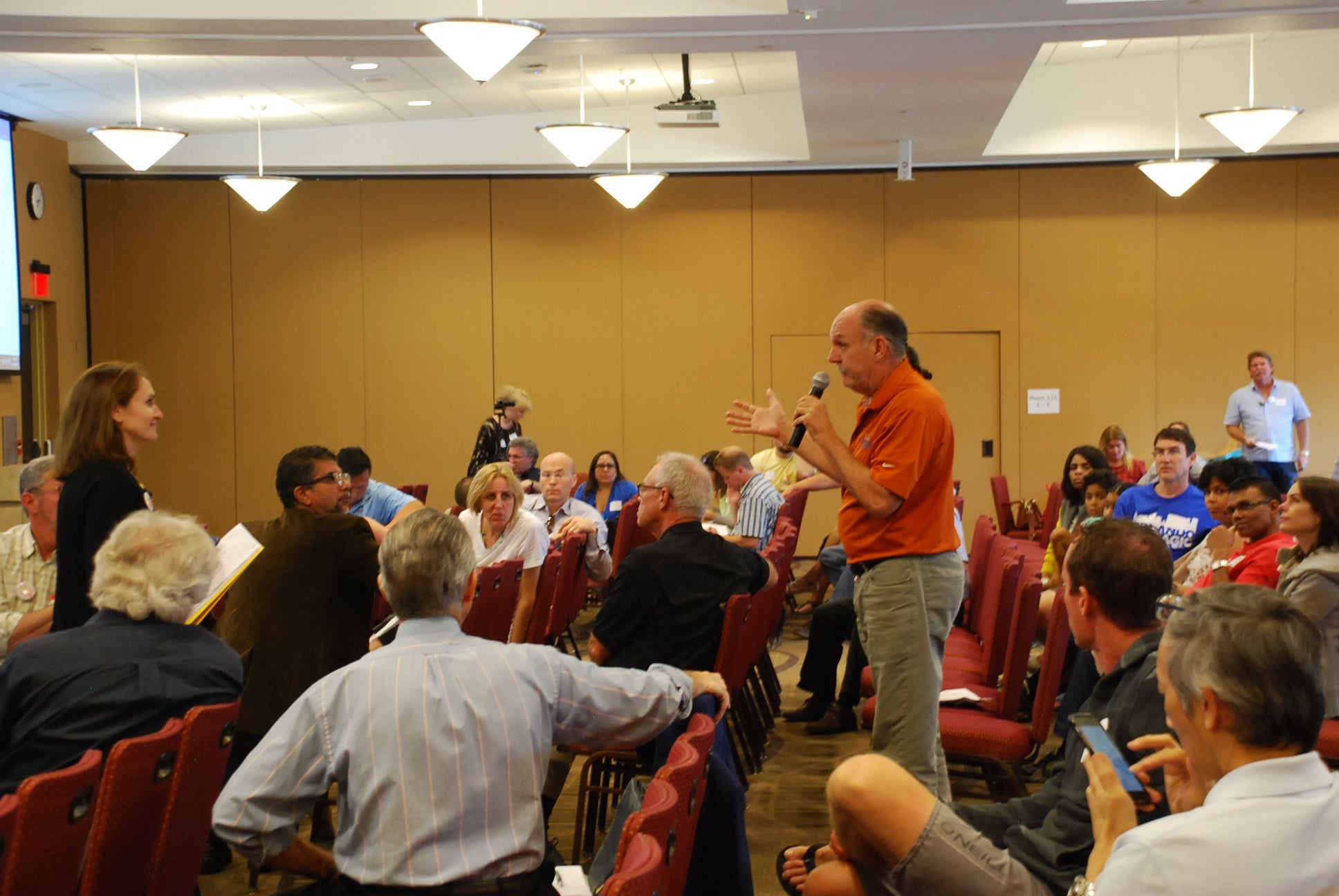 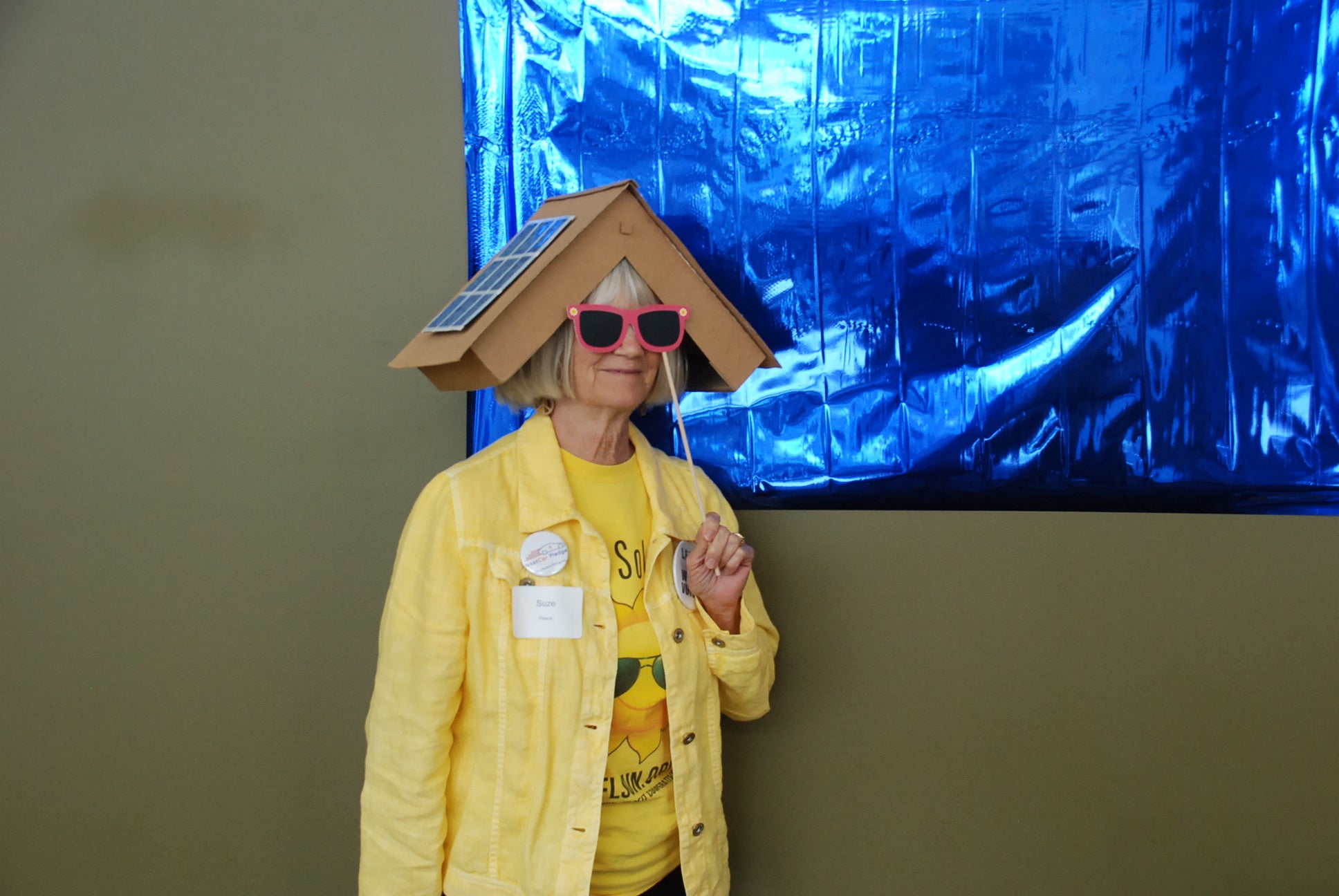 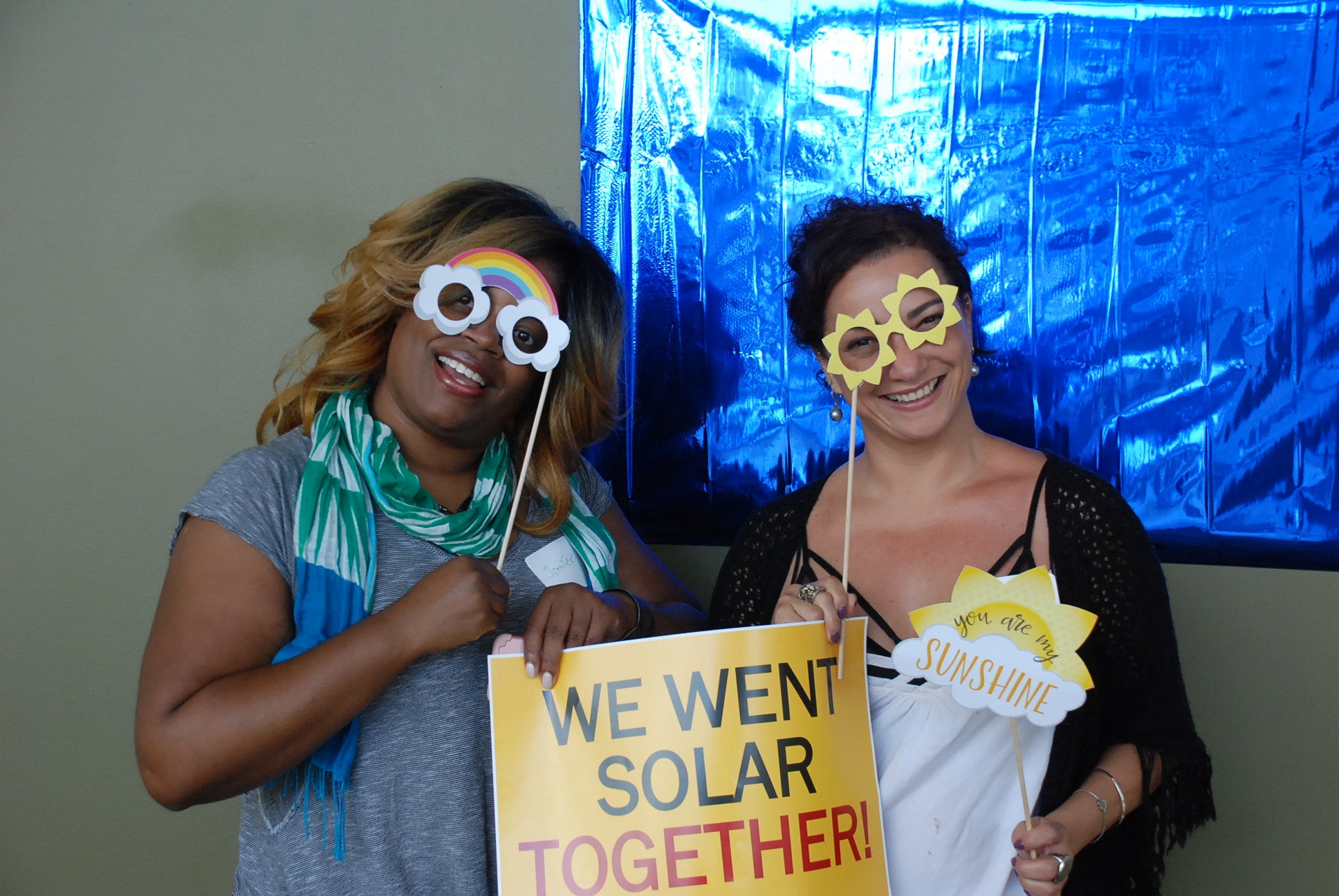 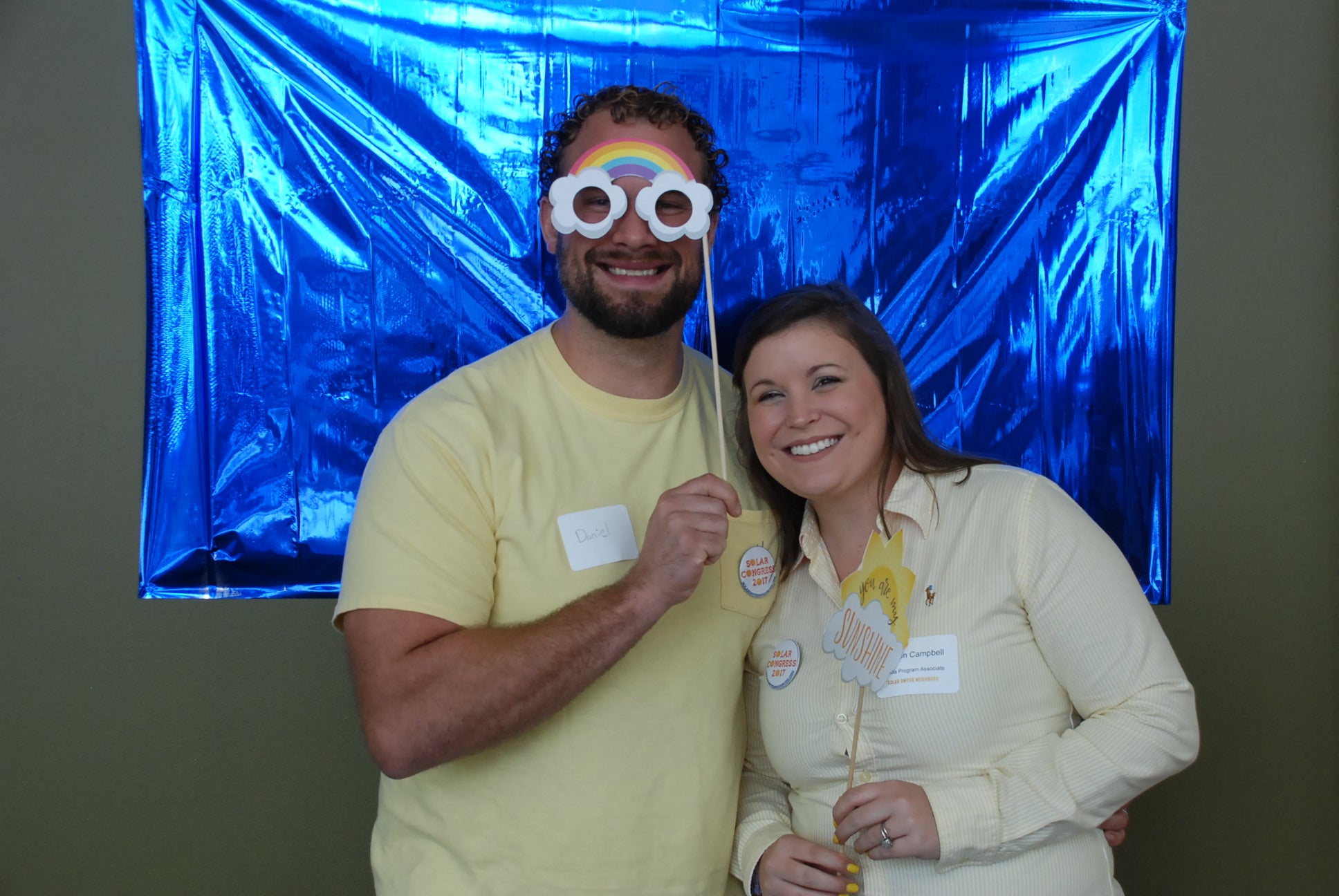 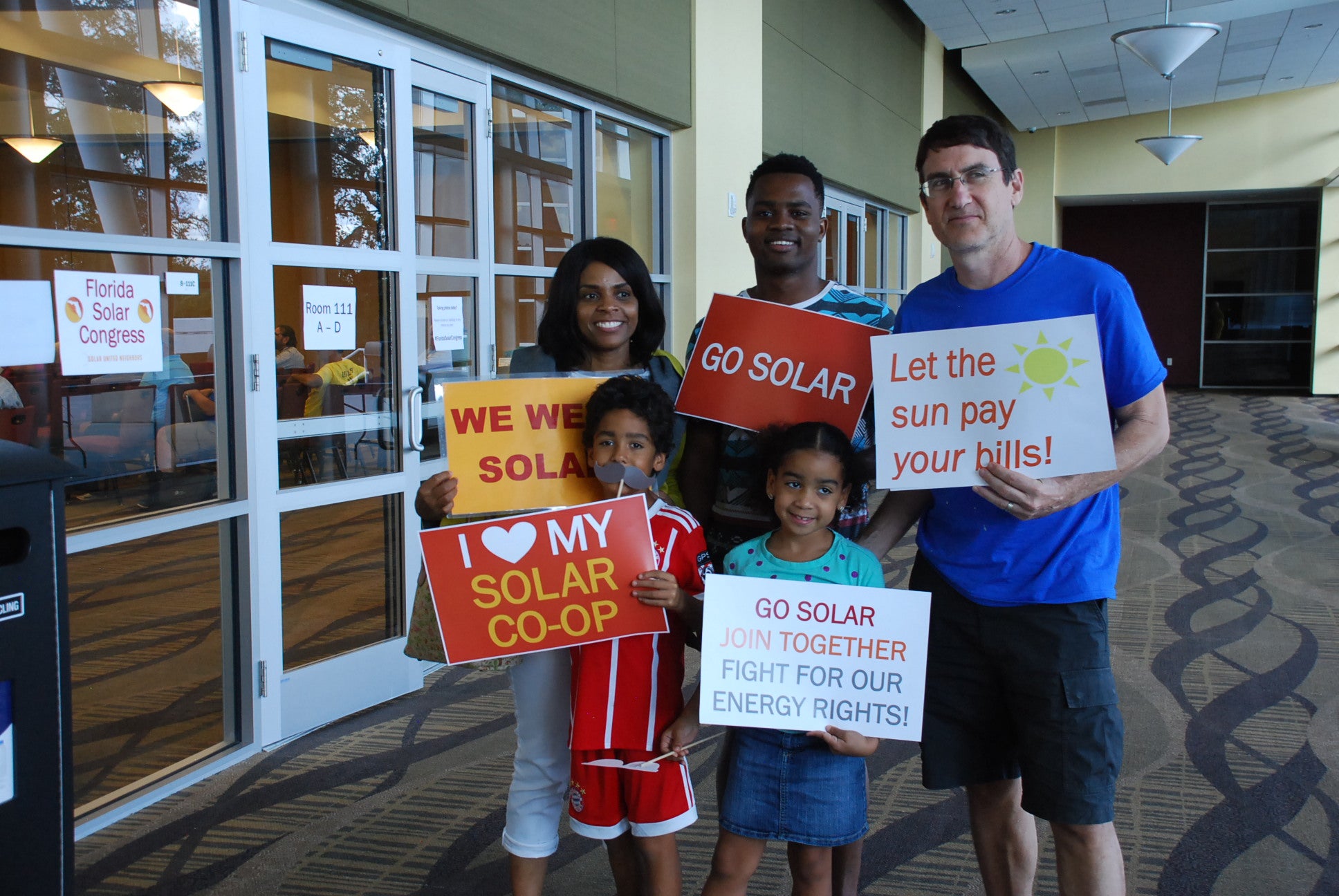 Earlier this month, more than 125 solar supporters from across the state joined together at Valencia College in Orlando for a day of solar education and celebration. Individuals came to the event from as far as the Keys, St. Petersburg, Miami, and Jacksonville. The event was a great opportunity for attendees to learn more about solar, share stories of success, and discuss ways to continue spreading solar in the Sunshine state.

The day began with a plenary session led by Angela DeMonbreun, Solar United Neighbors of Florida Program Director. Angela highlighted and shared the state program’s unique beginnings and recognized Mary Dipboye, Michael Cohen, and Deirdre Macnab for their tremendous support. Highlighting our amazing accomplishments past and present, Angela noted our ambitious goals for 2018.

The Congress then broke into a series of smaller group sessions. The Growing Solar in Your Community panel presentation highlighted South Miami Mayor Philip Stoddard, Deirdre Macnab of the League of Women Voters, Resham Shirsat of Valencia College, and Joe Collins of Coronado Solar all sharing stories of how they have spread solar in their communities. Opposite this panel, Jody Finver, Solar United Neighbors’ Miami-Dade Co-op Coordinator, led a Solar 101 Information Session for attendees who were new to solar.

After a networking lunch, the Congress continued with more presentations on solar. A panel discussion on Solar Policy Initiatives in Florida was led by Scott Thomasson of Vote Solar, Susan Glickman of Southern Alliance for Clean Energy, and Phil Compton of the Sierra Club. Dr. James Fenton of the Florida Solar Energy Center gave a presentation about battery storage, electric vehicles, and emerging technologies in solar.

The day was capped by a participatory open forum discussion about the future of solar in Florida. Many participants shared the need for greater community outreach, solar plus storage discussions around hurricane preparedness, engagement with elected officials, and consumer protections from deceptive sales practices.